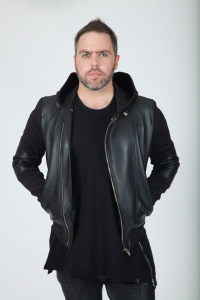 Erik Mikael Bosio is a Swedish-Italian singer, composer, arranger, producer, choir conductor.
Born in Genoa, Italy, in 1983, he has studied piano and composition at the city’s conservatory “N. Paganini”. He has also studied jazz singing at the “A.Vivaldi” conservatory in Alessandria.

Bosio is the founding member of Cluster one of the most renowned Italian vocal ensembles, brought to public attention through The Italian XFactor.

Multi-nominated at the CARA – Contemporary Acappella Recording Awards – the has won “Best Original Song”, “Best Holiday Song”, “Best Jazz Album” and “Best European Album”.
He’s an esteemed arranger and producer of the acappella scene as well as the Italian pop-rock one. He has produced and recorded artists like Morgan, Marco Mengoni, The Swingle Singers (UK) and The Real Group.

His works are published in Austria by Helloing Publishing and, in Germany, by Ferramontana Publishing. 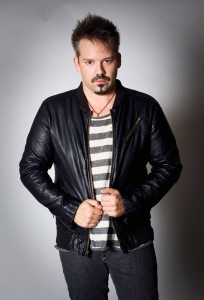 Edoardo Federico Parodi is an Italian-Croatian sound engineer, producer and entrepreneur.
Born in Alessandria in 1983, he attended the Genoa University’s Law School. He has an academic background in communication and applied informational technology too.

He started his career in the organization of international events during college specializing in organization and management.
His collaboration with Cluster started in 2008 when he also funded Cluster Vocal, a collective aimed to produce and promote vocal music in Italy. He has a history in collaborating with record labels and TV broadcasters like Sony BMG, RAI, Umbria Jazz, Live Nation, SKY Italia and artists like Marco Mengoni and Fiorello.
Officially, he debuted as the “sixth member” of Cluster in 2012, when he became their sound engineer: his approach to the sound and technological side to the performance gained the band their first nomination as the “Favorite Festival Headliner Performance“ at VoCal Nation 2012.

In 2010 he has successfully started a side-carrer in designing and construction of recording studios.
In 2011 he has founded a company promoting and investing in renewable energy and eco-sustainability.