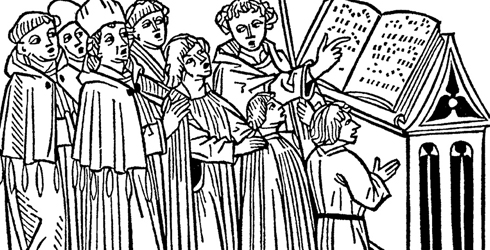 Maybe not everyone knows that…

“A cappella” is an Italian term meaning “in the church style”.
The a cappella style has its origins in the practice of Gregorian chant which seems to have been performed by the voices of the monks who belonged to the group of singers called schola cantorum (to say the truth because no independent instrumental parts were written, later researchers assumed that the choir sang unaccompanied, but the evidence is now that an organ or other instruments exactly “doubled” some or several of the vocal parts).
The singers of the schola cantorum often came down from the presbytery and started singing in a side chapel of the church, from which the name originated.
The a cappella style arose in the late 15th century and reached its cultural apogee with Giovanni Pierluigi da Palestrina (1525-1594) in the late 16th century in the music he wrote for the Vatican.