Having a chat with RAJATON 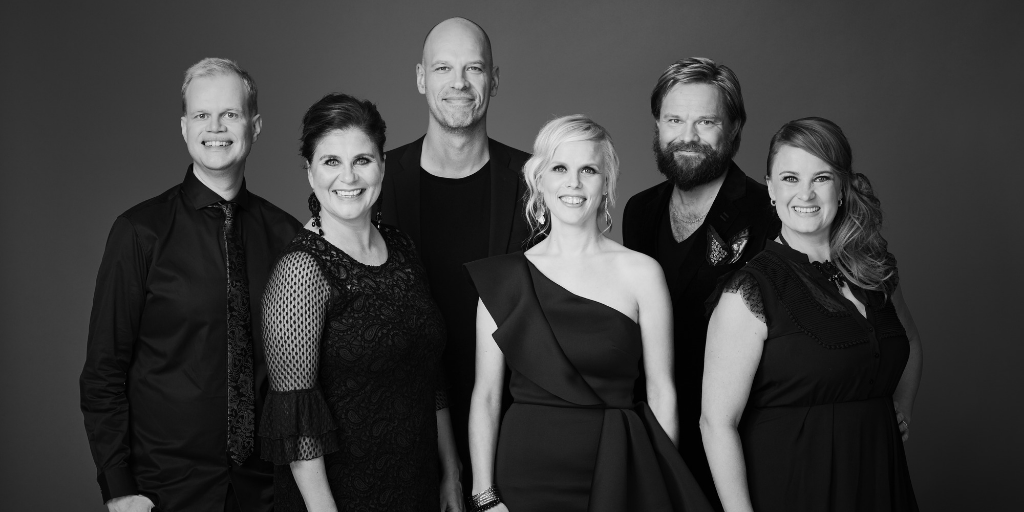 In Italy, a cappella music is still a niche genre whilst in other European countries it is a different scene. What is the scene like in Finland? Can one make a living out of a cappella music?

A cappella scene in Finland has grown during these last twenty years, so that there are three professional groups, that don’t have other jobs, just singing in a small ensemble.
When we started 21 years ago, we were the first ones doing it as our main job, so it’s rather uncommon.

In your country, you are a very popular phenomenon but still manage to keep strong bonds with classical and traditional music. Internationally, you deliver a performance which adapts to the diverse audiences you encounter. What is the secret behind being such a versatile act?

I think Rajaton started with the excitement about that exact thing, that we could be doing what ever style of music!
Original songs in our repertoire are still mostly composed to poetry and that way are leaning toward classical or etno-style of music but we have been lucky enough that people have asked us to come and do a concerts of some other style of music and we have said yes! So the cover songs in our repertoire come mostly from those collaborations.

The common tendency in a cappella music is to work on the arrangement of cover tracks rather than to write originals. Why do you think it is so and what do you think about this matter?

I think it’s great, that good song is also performed a cappella!
In Rajaton we have appreciated the original songs since they give us a chance to be creative and keep us all tied to giving an “autentic personal take” to everything we sing.

What do Rajaton do in their free time? What are your hobbies?

We all have different hobbies, from fresbee golf to cooking and handcraft, training and exercising with purpose and just walking along the seashore. Some of us are not so much outdoor kind of people and some are very much enjoying hiking and camping.
Limitless private-life options! :o)

What are your projects in the short-term?

We are working on our new album and the plan is to publish it late this year. Also a big tour in Japan is happening next fall before our Christmas Tour in Finland.