Having a chat with THE IDEA OF NORTH 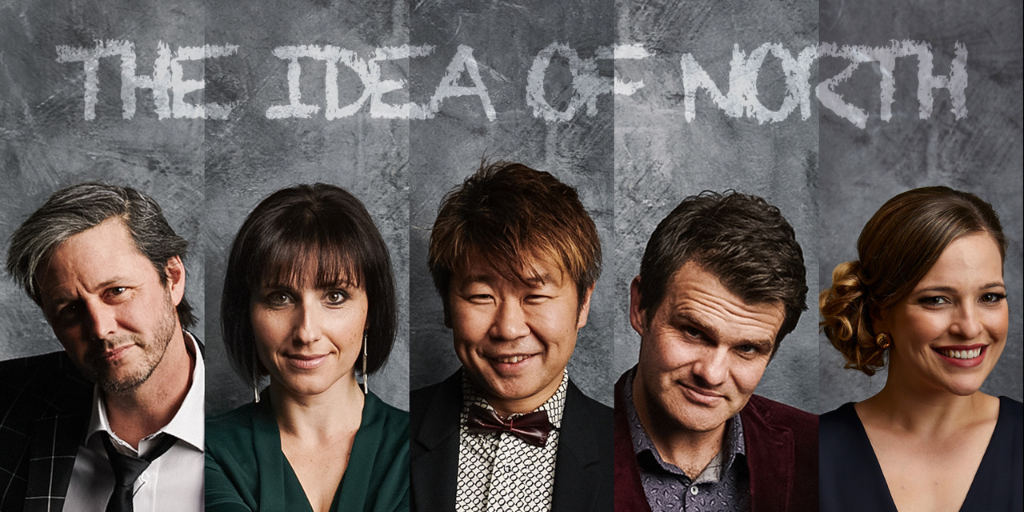 First things first: where does your name come from?

The Idea of North comes from a radio show produced in Canada in the 1960’s by classical pianist Glenn Gould. When this group formed, we wanted to find a name that was ambiguous enough that we would end up defining IT, and not the other way around.

What is the a cappella music scene like in Australia and how have you got to this musical genre?

The a cappella scene was very, very small when The Idea of North started out in 1993. Almost non-existant. Over the years we have wished for more pro groups in Australia, because we have really had to educate the public about the possibilities of a cappella music.
The group started out as four friends from University, and it accidentally became our profession for many years (with lots of hard work). Nick (our tenor) is the only remaining original member, and has been in the group for 26 years.
Obviously, with the success of the Pitch Perfect movies, a cappella has also had a resurgence in Australia this decade, and is definitely more popular than it used to be, and better understood. There are more groups forming in high schools and universities, but still very few pro groups around.

What are your favourite bands in the a cappella music world?

I’m sure we all have different favourites, but I think we can come together on our dear friends The Real Group, Rajaton, Amarcord and although they’re not a cappella, The New York Voices. We don’t have a huge amount of exposure to a cappella in Australia (international groups rarely come all the way down under!), but we are fans of other groups as well, such as Take 6, Voces 8, The Swingles, and of course the one-man a cappella machine Bobby Mcferrin.

What is the role of technology in your performances? What are your thoughts on using a large amount of effects?

We have not developed a show that uses much technology yet. We love the creativity and innovation that groups are using now with live looping, and we would love to do some of that at some point soon, but for now we are a pretty pure group, essentially just employing reverbs and delays at this point.
Our only thoughts on using large amounts of effects is that there is a tipping point at which a vocal harmony group goes from sounding like people singing, to sounding just like a band full of instruments, and when listening to a cappella, that’s not our favourite thing.
Having said that, as a musical group, it is our goal to have the audience forget they are at an a cappella concert (for most of the time), and just that they are watching and listening to musicians perform their chosen music beautifully and effectively. Our goal is to move people emotionally, not to amaze them with a cappella.

Since 2017, you have officially become a quintet. How has The Idea Of North changed with the contribution of Kai Kitamura?

The addition of Kai has meant that we now have a much better capacity for more up-tempo songs that really require a driving beat. His style of vocal percussion is perfect for this group because he emulates an acoustic drum kit, and our over-arching musical styling is jazz, so it works really well. The real beauty of having Kai in the group, though, is that he has a great bass/baritone voice, and because our bass, Luke, is a beautiful soloist, we now feature Luke a lot, and Kai can just slip into the role of bass. It’s a thrill to finally have five voices to arrange for, having been a quartet for so long!